Welcome to the Casper the Friendly Ghost Wiki... a collaborative encyclopedia for everything related to the lovable ghost, Casper the Friendly Ghost, which includes cartoons, comics, movies and video games.. The wiki format allows anyone to create or edit any article, so we can all work together to improve the site. Check out the FAQ to help you get started! 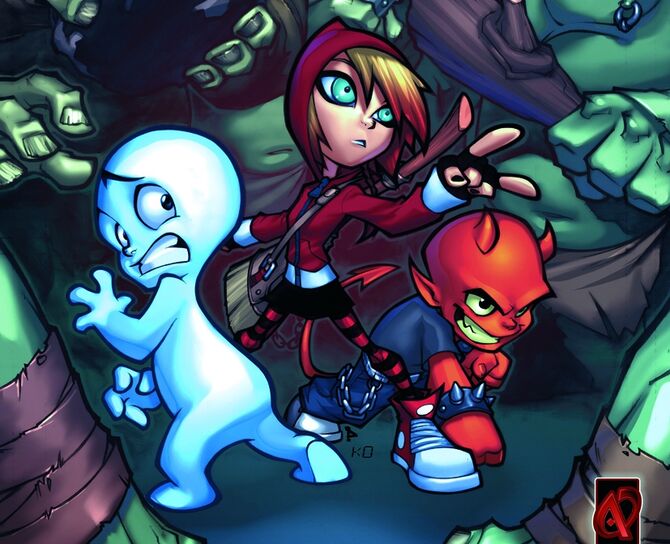 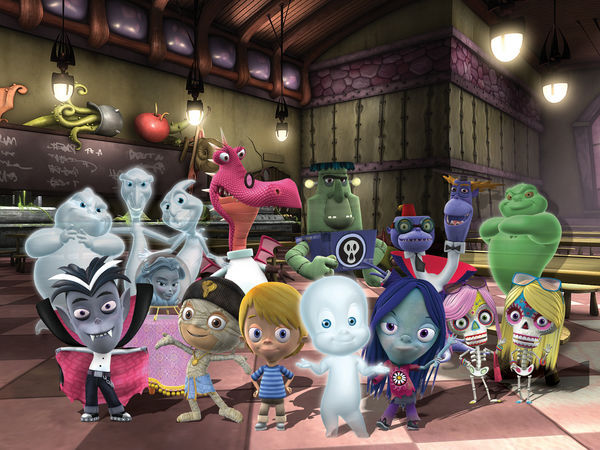 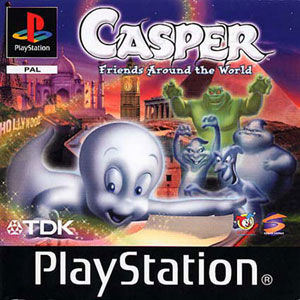 The ghosts featured in the film computer-generated imagery, and the first of it's kind feature one in the lead role. It's much darker in tone comparison to the cartoons and comics, especially with it's theme of death as well as addressing Casper's tragic death.

The film's featured Carrigan Crittenden (Cathy Moriarty and her bumbling henchman (Eric Idle) ask a "ghost therapist" (Bill Pullman to exorcise the spectral inhabitants of haunted house fabled to contain treasure. Casper, the spirit of deceased twelve-year-old according to the film, befriends the therapist's young daughter (Christina Ricci). Notably, this film is the only time an official explanation has been given as to how Casper died.

The film led to an animated television spin-off entitled The Spooktacular New Adventures of Casper, which featured the same voice actors as the film with Dan Castellaneta and Kath Soucie voicing Pullman and Ricci's characters. Casper and his uncles were later animated with computer-generated imagery in the films Casper: A Spirited Beginning, Casper Meets Wendy, Casper's Haunted Christmas and Casper's Scare School which do not follow the same plot line as this film. Read More!